Say hello to Clara Wolfe, and her dog Syrene! Clara is a 17-year-old Junior at Bennett High in Colorado. She is an avid bird hunter and recently picked up a Syren Elos D2 28g Left Hand model for the winter to use in the field and on the trap and skeet fields. She liked it so much that she recently named her new four-legged hunting companion Syrene (rhymes with Irene) because it meant a lot to her to be coached through SCTP over the years by a lady shooter, and of course, she loves her new gun too! We love that Clara, and thanks, it made us smile! The following is a customer testimonial from Clara on her experiences with her new Syren Elos D2. Clara Wolfe and her dog Syrene!

I have shot many different types of guns and different brands, but this gun was by far my favorite to shoot. It is not very often that I get the chance to shoot a shotgun that I do not have to adjust to in order to be comfortable. I took this shotgun hunting in Nebraska for quail and pheasants, and I also shot skeet and trap with it.

The one great thing I liked was how well it fit me. I loved how the stock and the forearm were skinny enough that my hands could secure around the gun just enough to be comfortable. I tend to like a skinnier stock because it feels more secure when shooting. When I field mounted the gun it went straight to the shoulder with no adjustment needed. Some guns I have to canter to the side in order to see and line up the beads but not with this gun. Every time I mounted this gun it felt so natural and easy. The length was also good. It was not too short allowing me to not be scrunched up and move smoothly. While hunting the gun was not too long when mounting against five layers of jackets making it once again easier to shoot. The fit of the gun overall was amazing and very impressive.

Another thing I like about the gun was how light it was. When walking through a field the one thing you do not want is a heavy gun. When I was hunting, I did not even really notice that I was carrying a gun, it was so light. This allowed for me to focus on other things like my dog and what was in front of me. Since the gun was so light it was easy to mount quickly in the field. When a covey of quail came up there was no delay when mounting the gun. Due to the weight, I thought the gun movement would be choppy, but it was as smooth as silk. Another thing to add to this would be the recoil, since the gun was so light, I would have expected more recoil but that was not the case. When I first shot this gun after shooting my twelve gauges, I felt nothing.

When shooting trap and skeet this was a fun gun to do so. In skeet everything felt like a well-oiled machine, the gun mount was comfortable, the movement was smooth, and the recoil was non-existent. This was a fun gun to shoot not only because of those things but because it was a twenty-eight gauge. I loved the challenge that the gun gave me.

I also really liked that there was a way to release the hammer spring when taking the firearm apart. I had this feature on my Fabarm and I loved it because I think it helps the gun last a little longer. The gun also came apart fairly easy. The only thing that I had trouble with was the forearm. After shooting I would have to pinch the top of the forearm with one hand and then release the latch. Other than that, the gun came apart like a dream and it was easy to put together. I like the breakdown case that it came with too. This helped save space and easier to store. 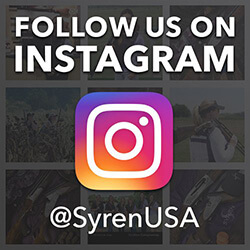